What you can expect from Lismore Toyota. 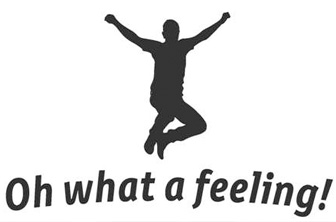 Here at Lismore Toyota, we are committed to helping our customers get behind the wheel of a New Toyota, Demo Toyota or Pre-Owned Car that is perfectly suited to their needs. We believe in listening to our customers and offering honest advice, every time. It is our aim to ensure your new car purchase is as easy and stress-free as possible, which is why we offer a range of additional Toyota services.

To keep your Toyota in top condition, be sure to visit our Toyota Service Centre and Toyota Parts department. Love a car from our range, but need help financing it? Speak to a member of our finance team to secure a Car Finance package that is tailored to your individual or business requirements.

For more information about our Toyota dealership in Lismore, please don't hesitate to Contact a friendly member of our team today.

Eiji Toyoda, who was the the fifth president of Toyota Motor Corporation and the nephew Toyota founder Sakichi Toyoda, once commented "People are the most important asset of Toyota". This is most evident when you visit Lismore Toyota, where our team of employees will work together to not only make sure your experience is pleasant, but also memorable. Lets have a quick look at some of the people you might meet.

Toyota Motor Corporation Australia (Toyota Australia) is one of Toyota Japan's global manufacturing centres with a long term commitment to the domestic and export markets.

After 50 years in Australia, Toyota has grown to be one of Australia's leading automotive companies. But Toyota's focus is looking ahead. 50 years experience is just the foundations for a bigger and brighter future for everyone.

Toyota Australia's origins go back to 1958 when Theiss Brothers began importing the first LandCruiser models for work on the Snowy Mountains Hydro-electric scheme and sold the first Toyota LandCruiser in 1959. Assembly of Toyota cars began in the Melbourne factory of Australian Motor Industries (later AMI-Toyota) in 1963 and within a decade the Corolla and Corona (replaced by Camry in 1987) were well established in the market.

The commercial vehicle business became Theiss Toyota in 1971 and achieved commercial leadership in 1979. Meantime AMI Toyota began investing in an engine and stamping plant to consolidate its position as a high local content vehicle manufacturer.

In 1988 Toyota's local operations were unified to form Toyota Motor Corporation Australia and work began on restructuring and strengthening the group as a major step towards achieving international competitiveness and building vital export business. Toyota in 1994-95 consolidated vehicle production at its new world-ranking Altona plant in Melbourne.

We deliver outstanding automotive products and services to our customers, and enrich our community, partners and environment.

Our four core values are: 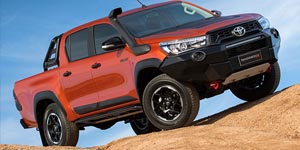 If you would like to get in touch with the team at Lismore Toyota, please contact us on 02 5624 7400 or fill in the form below: