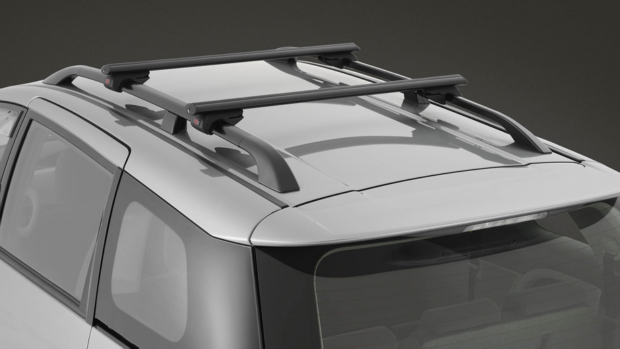 Carry boards, baggage or anything up to 75kg evenly distributed on the Toyota Genuine Aero Roof Racks. Corrosion resistant in black anodised aluminium, they also feature rubber cushioning to protect your cargo and have secure key locking end caps. 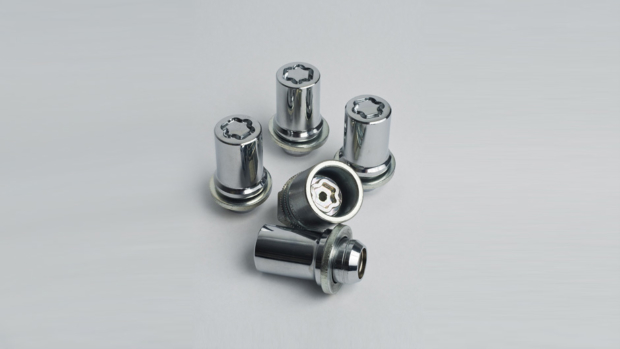 The Toyota Genuine Alloy Wheel Lock Nut Set means your alloys can be securely locked, protecting them from would-be thieves. The strong, premium-quality chrome-plated Wheel Nuts come with a unique secure-coded key to lock the alloys in place without detracting from their style and appearance. 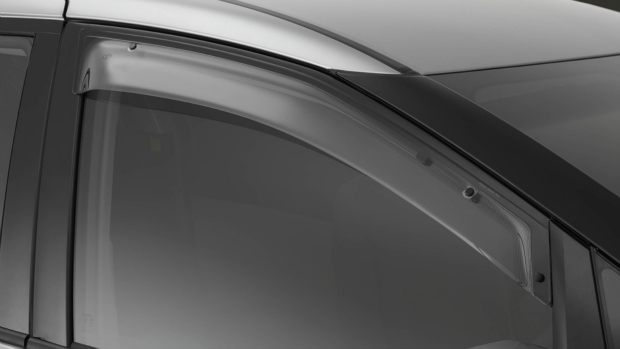 No matter what the weather is like, you can enjoy fresh air with Toyota Genuine Front Weathershields. The aerodynamic design minimises wind noise whilst maximising protection from wind and rain, and their lightly tinted UV-resistant acrylic also reduces glare. 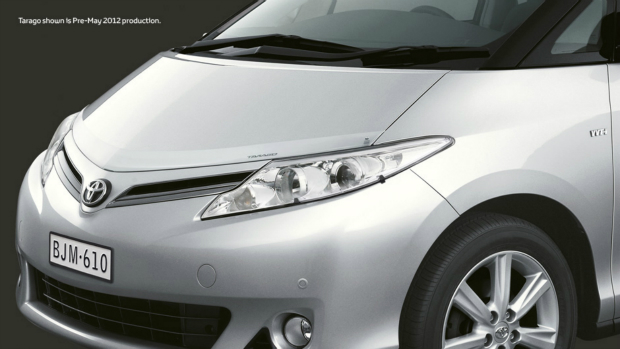 Help protect your Tarago's bonnet and headlamps from stone chips and damage with Toyota Genuine Headlamp Covers and Bonnet Protectors. They're made from high strength, clear acrylic that is resistant to cracking and UV discolouration. Better still, they are easy to remove for cleaning. 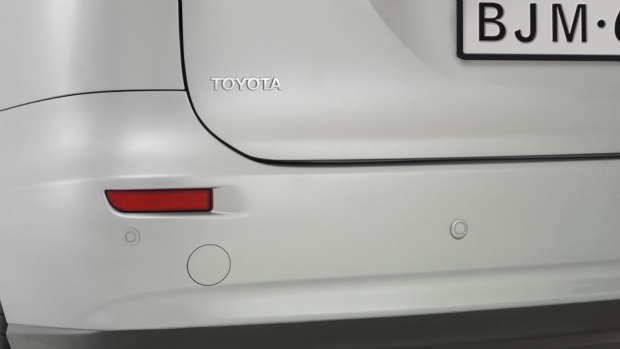 Reverse parking can be a challenge at the best of times. But Toyota Genuine ParkAssist can make even the tightest parking spot easy to negotiate. Four discreet colour-coded, ultrasonic sensors mounted in the rear bumper activate an audible 'beep' in the cabin that increases in frequency the closer your Tarago reverses towards objects behind it. Avoid one carpark dent or scratch and this accessory virtually pays for itself. GLi 4cyl model shown.

[B4] Reversing Camera, Park Assist, Sonar Parking and Blind Spot Monitor are designed as driver assist devices only and should not be used as substitutes for skilled driving and/or safe parking practices. The area into which the vehicle is to be parked / driven must be visually monitored by the driver. 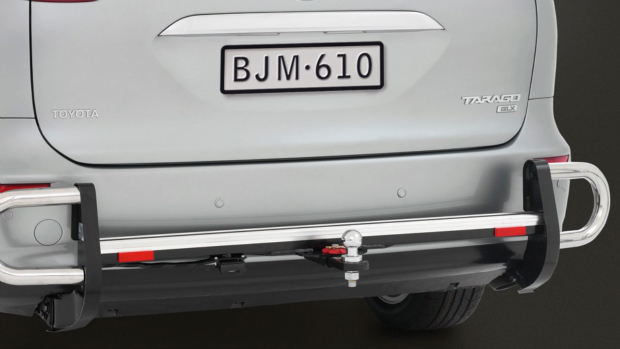 Towbar with Rear Step & Side Protector 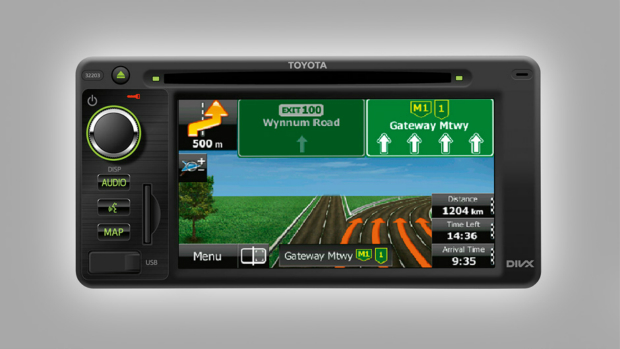 Audio Visual Unit with Satellite Navigation^ Find an easier route home with the guidance of the Toyota Genuine Satellite Navigation Audio System[N1]. Equipped with Suna(TM) Traffic[G7] the navigation system receives traffic updates 24/7, so it can navigate alternative routes around traffic congestion and landmarks can be displayed in 3D for easier recognition. The audio system allows you to play from some iPods(R)[G5] [G8], iPhones(R)[G5] [G8] USB[G5] or CD, and the full-colour touch-screen display features a simplified audio track search and album jacket display (for some iPods(R)[G5] [G8] and iPhones(R)[G5] [G8]). Voice control function allows you to select audio by the artist name (for some iPods(R)[G5] [G8] and iPhones(R)[G5] [G8]) or make phone calls, and the FM radio is capable of displaying the station name and song name. Also compatible with the Toyota Genuine reversing camera (optional). Standard on Ultima.

[G7] SUNA(TM) GPS Traffic Updates are only available in metropolitan Adelaide, Brisbane, Canberra, Gold Coast, Melbourne, Perth and Sydney; it operates from information provided by Intelematics Australia and may not cover all road incidents and congestion. Please see www.sunatraffic.com.au for details.

[G5] Not all devices will be compatible and functionality will vary depending on the device. 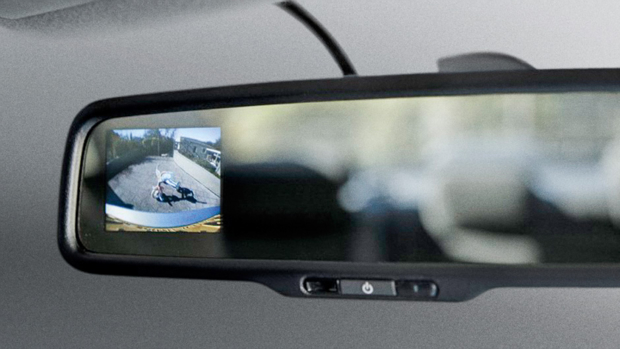 For extra safety and confidence when reversing, the Rear View Camera gives you a clear visual picture of what would usually be out of line-of-sight and projects the view at the rear of the vehicle onto an Electrochromatic Rear View Mirror or Satellite Navigation screen. When activated, the mirror features a 50mm x 38 mm colour LCD screen with images provided by the Rear View Camera, keeping you aware of any obstacles at the rear of the vehicle. When not in use, the LCD screen is invisible to the eye and the entire area of the Electrochromatic Mirror works as a mirror.

[B4] Reversing Camera, Park Assist, Sonar Parking and Blind Spot Monitor are designed as driver assist devices only and should not be used as substitutes for skilled driving and/or safe parking practices. The area into which the vehicle is to be parked / driven must be visually monitored by the driver. 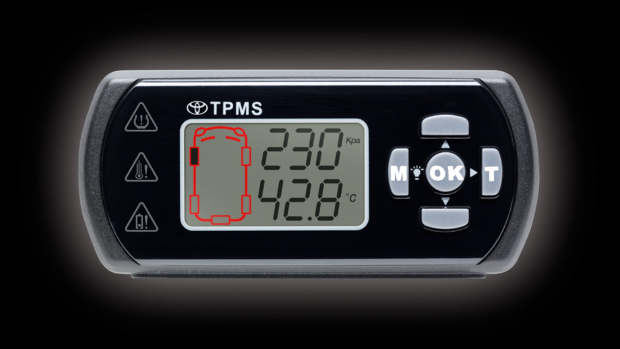 All the right pressure, with none of the stress. Dash-mounted, backlit, small and sophisticated, the system's display receives data wirelessly from sensors mounted inside each wheel. Temperature and pressure of all five tyres (including the spare wheel) are sequentially displayed in various measuring units. Advanced functions allow for wheel rotations and a variety of display models. There are even programmable alarms for low tyre pressure, tyre over-temperature and sensor battery replacement. 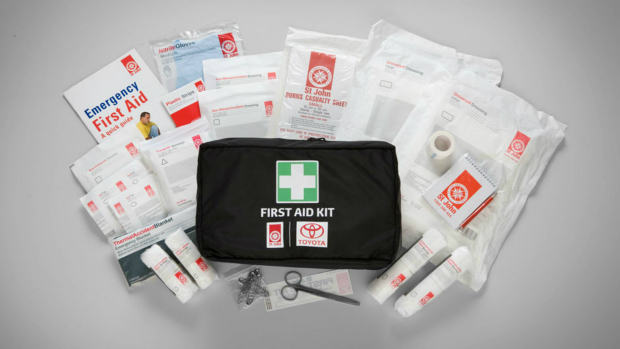 Ensure you are prepared with the Family Motorist First Aid Kit. Designed by St John Ambulance, it contains family-sized quantities of each item and an Emergency First Aid guide. The Family Motorist First Aid Kit is handy for family outings, sports events and trips away. There's nothing like having the peace of mind should someone need medical attention. The kit can be easily refilled should you use up medical supplies. You can also chose to add anything else that you need for your individual medical needs. 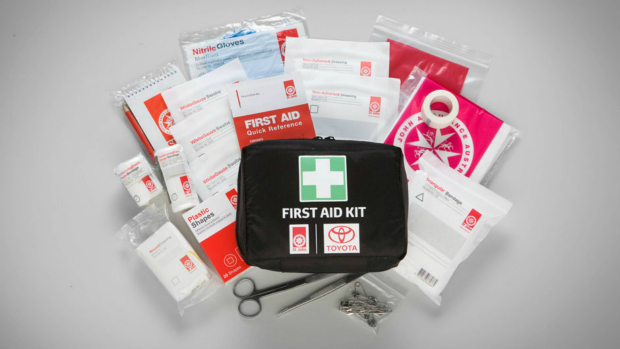 It's always advisable to have a first aid kit in the car because you just never know what lies around the next corner. Designed by St John Ambulance, the personal first aid kit features 16 different items, including an essential First Aid Quick Reference Guide and must-have medical supplies for the person on the go.